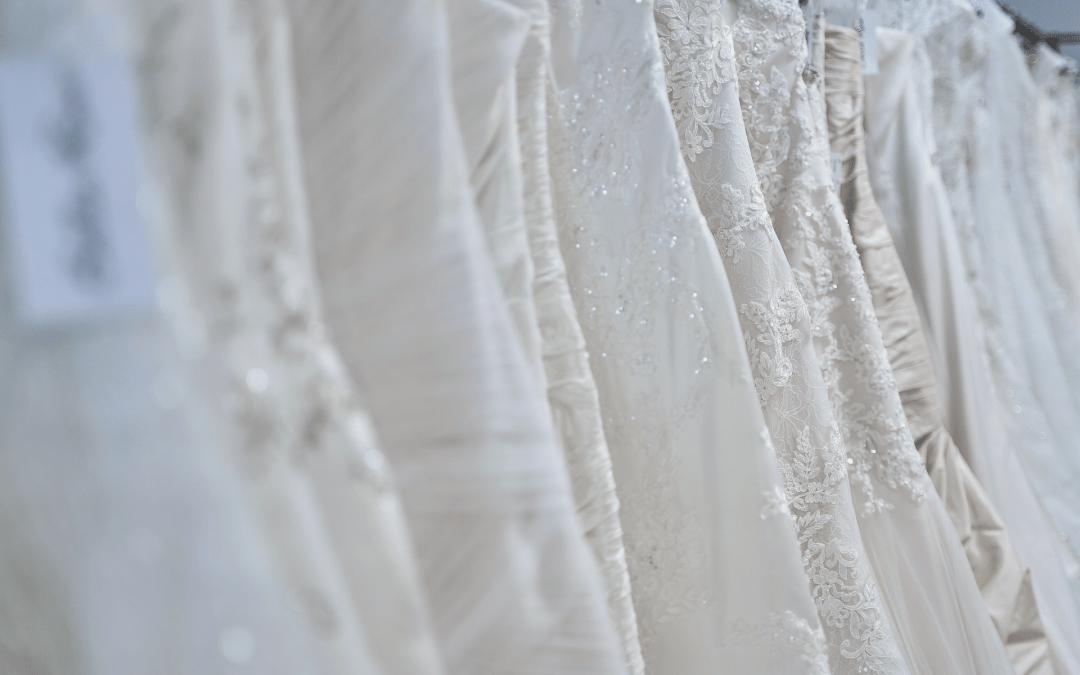 With every passing year wedding styles change more and more. But certain aspects find their way back into style no matter the time period.

This post-war era saw the biggest dress development yet, with inspiration from Elizabeth Taylor in ‘Father Of The Bride’ and Grace Kelly’s wedding to Prince Rainer III. The shorter ballerina-length dresses popular in the 20’s and 30’s came back during this time, with the addition of full, tiered skirts, and sweetheart necklines. Fitted bodices that cinched in the waist were highly favoured by brides during the 1950’s, along with lace detailing and fingerless gloves. For the first time in the 20th century strapless dresses were popular, along with a coordinating bolero jacket that allowed brides to maintain modesty and respectfulness whilst in church. To accompany the shorter hemline on the dress, veils also became shorter with birdcage veils (worn at the crown of the head draping over to cover part of the face, resting in line with the cheekbone) or skull cap veils (similar to Juliet cap veils) being the most popular.

Whilst the 60’s are known for its bright colours and “hippy” styles, brides often kept their wedding dress very traditional. Waistlines got higher and empire silhouettes were the style of choice. Compared to the sweetheart necklines of the 50’s, 60’s brides chose a more modest high neckline. With this being the ‘space age’ decade, brides often opted for metallic embellishment on their dresses as well as floral details, typically daisies as these were highly popular at this time. As for veils, brides typically had a bouffant veil that was attached to a pillbox style hat, still with a short style.

Unlike previous decades, the 70’s gave room for brides to determine their own style when it came to their wedding attire. From princess gowns, to hippie dresses and even jumpsuits, the 70’s had it all, giving it the nickname the “me decade”. With this decade came the introduction of double-knit dresses, batwing sleeves, and bustled trains. Parts of Edwardian and Victorian fashion were brought back during this decade for couples who wanted to make an elegant statement. Not only were the dresses more relaxed, so were the veils with most brides choosing the ‘flower power’ trend of floral crowns with a veil on top.

Less is more? Not in the 80’s, they believed in the bigger the better. With cathedral trains, lacy frills, full length veils and oversized shoulders, they had it all. High collared necklines with puffy sleeves that gathered at the wrist were highly popular. The 80’s also brought variation in wedding dress colours with the most popular being white, ivory, cream, champagne or pale pink. The most iconic wedding dress during this time was that of Princess Diana, brides of the 80’s had their minds and hearts set on a new, romantic, fairy-tale wedding ideal. One which is favoured to this day as being one of the most iconic wedding gowns of all time.

It was in the 90’s that brides decided less actually was more, and a minimalistic style dominated. Lace and beading were less popular and only used in small amounts unlike previous decades. Slimmer, lighter, sheath style dresses were common during this decade as more and more couples were opting for destination weddings. Simple veils and flower crowns were also common at this time to tie in with the minimalist style.

With a new century comes new ideals and opinions. More couples were choosing to have their wedding ceremonies in hotels or country clubs and less in places of worship meaning that less brides felt they needed to cover up. This led to increasing popularity in strapless wedding dresses. Along with strapless dresses making a comeback, so did embellishment, with lace and beading being popular on belts, veils and skirts. Veils were practically a thing of the past during the 00’s although not quite extinct, tiaras and fascinators had grown in popularity and brides would also incorporate flowers into their hairstyle.

After looking at 100 years of wedding dress styles it would be interesting to see how the next 100 years affect the way wedding styles change and the choices couples make when planning their wedding attire.